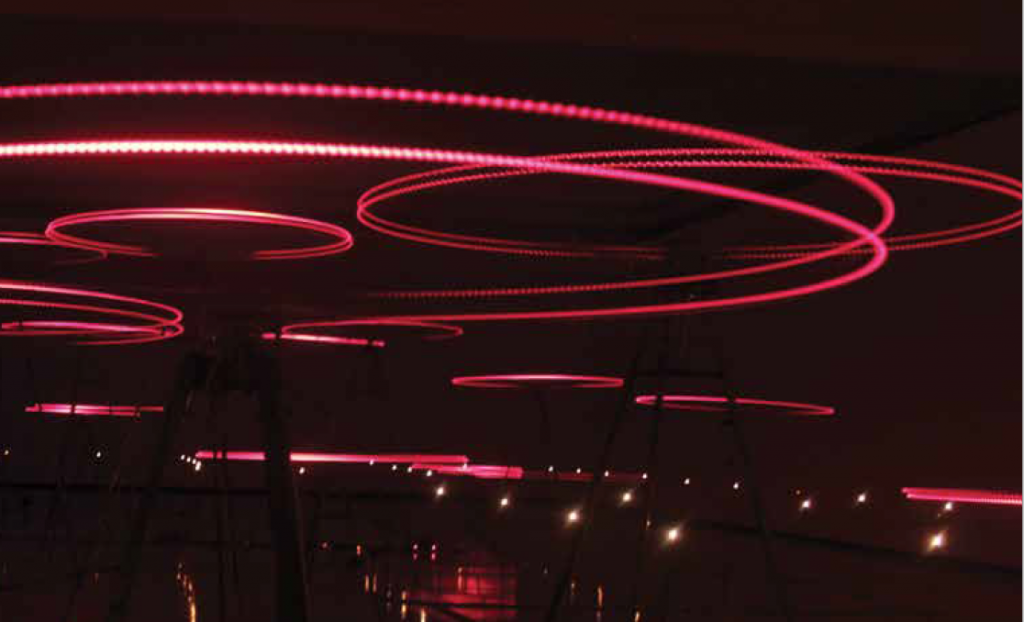 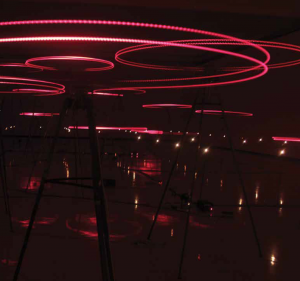 Sited within the atmospheric auditorium of St Mary in The Castle, Ray Lee’s award-winning Siren is a whirling, spinning spectacle of mechanical movement, electronic sound and light featuring a forest of large metal tripods, whose rotating arms emit an extraordinary
chorus of pulsing electronic drones.

Silent performers move within the mass of swirling metal, operating their machines and tuning electronic oscillators to change the musical composition while dodging and ducking the spinning arms.

The closeness of the tripods’ tuning sets off a series of amazing overtones that evoke the sense of an ethereal choir. As the audience move freely around the installation the sound
pulses past them creating a hypnotic sound world and a compelling visual image.

Ray Lee is a composer, artist, and performer. He was awarded British Composer of the Year for Sonic Art in 2012. Lee’s work investigates his fascination with the hidden world of electromagnetic radiation and in particular how sound can be used as evidence of invisible phenomena. He is interested in the way that science and philosophy represent the universe. He creates spinning, whirling, and pendulous sound installations that explore “circles of
ether,” the invisible forces that surround us.