An exploration of how our bodies try to make sense and the stories we tell.

Double screen film of six children playing on the street below (three sets of twins). Filmed through two adjacent cameras, one with colour film and one with black and white. When presented as 16mm film, two projectors are used so that the images appear side by side allowing the children to move through the frame.

PLAY was made in 1970 by Sally Potter 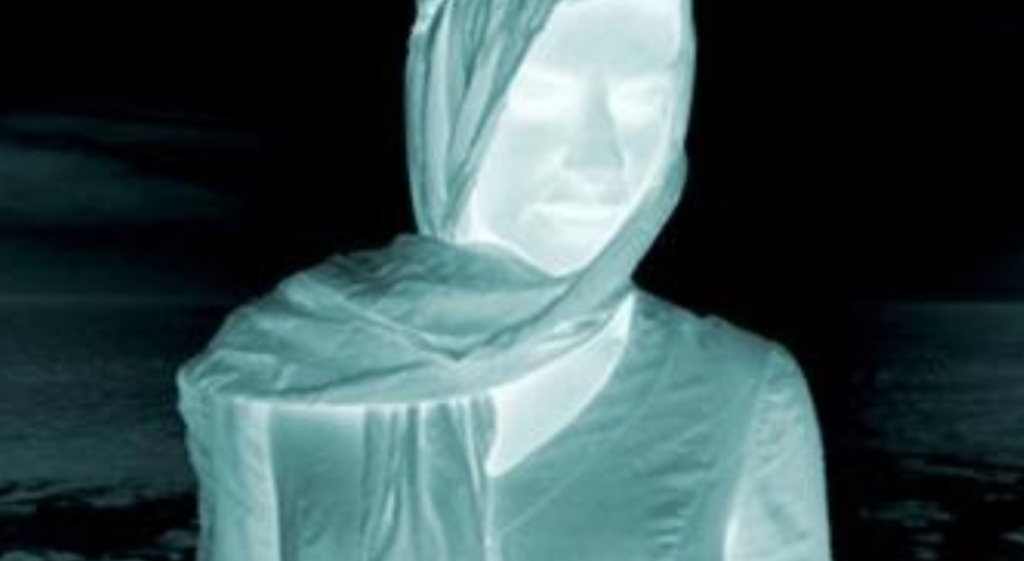 The film is an hauntological gadabout which reconfigures aspects of Kötting’s previous films, whilst focusing on the idea of place. But perhaps more importantly the potential for temporal disjunction, memory, misremembrance and the persistence of the past within much of his work.

With kind permission for excerpts from the films: Edith Walks, Lek And The Dogs, By Ourselves, The Woman of Kent, Watling Street, Gallivant 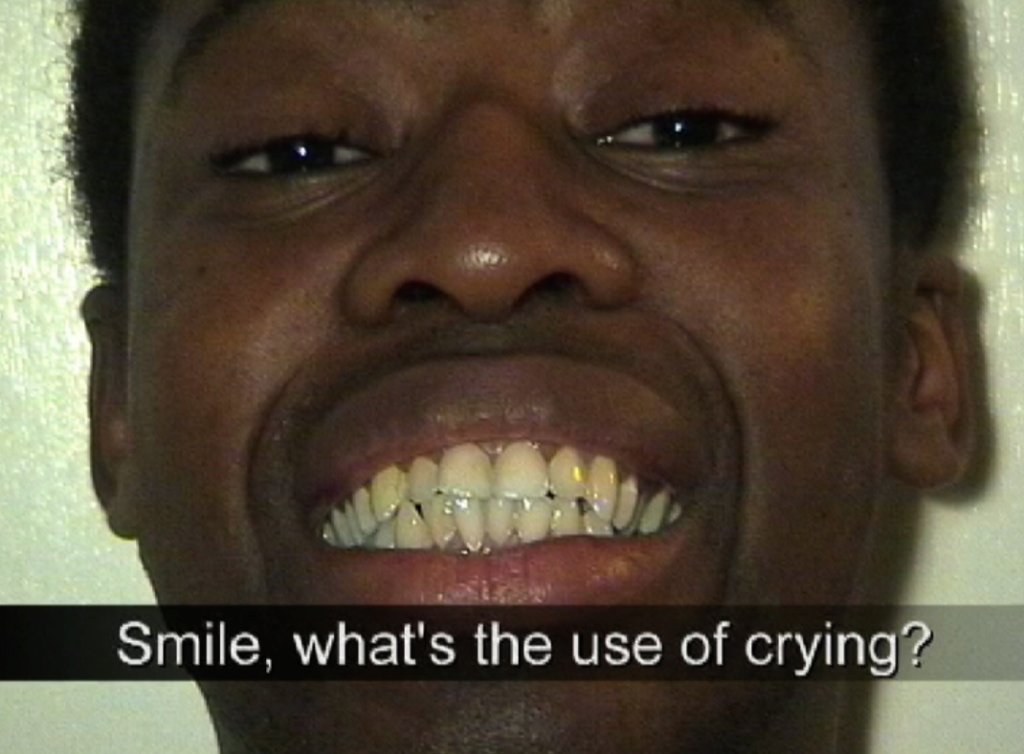 In this video the artist appears in extreme close-up as attempts to keep a smile for the duration of the song Smile. Originally written by Charlie Chaplin, the version playing is sung by Nat King Cole. Drawing upon the early performance for video practices of Vito Acconci, Bruce Nauman, and Joan Jonas, Offeh takes the lyrics of the song as an instruction piece. In the process the smile that is usually associated with happiness and joy becomes a test for Offeh’s ability to keep his facial muscles in position. Despite the lyrics references to pain and sorrow and his obvious discomfort, there is no indication of the real life of the artist. In the original version of this piece the smile is maintained for 34 minutes. In this version it is cut to the length of the song, just under 3 minutes. 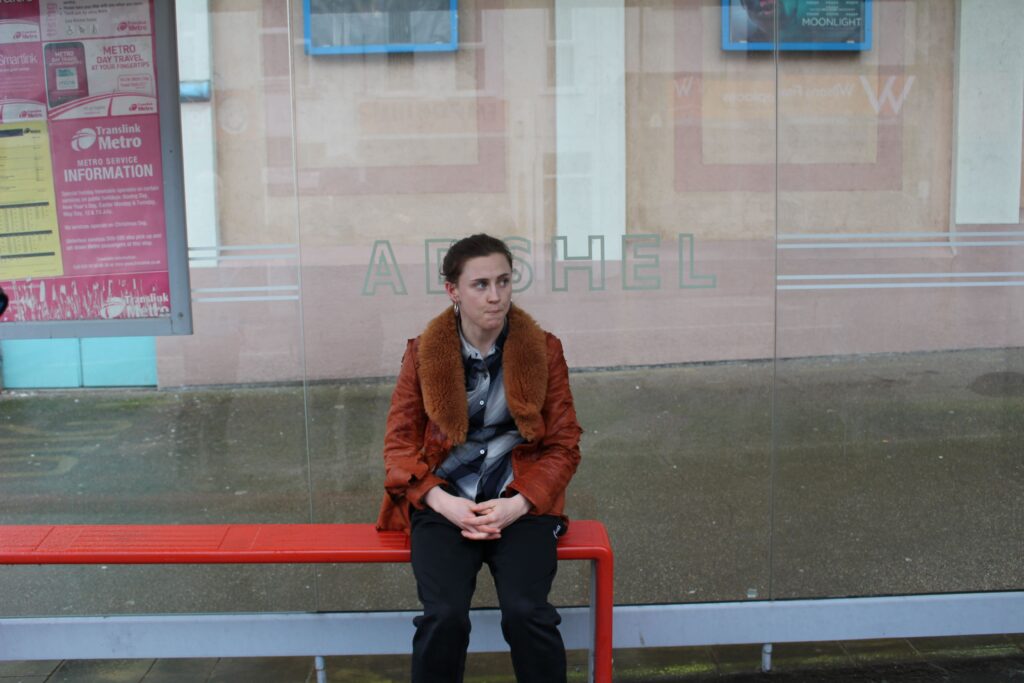 A Concrete Song is the prologue scene of Oona Doherty’s Hard to be Soft – A Belfast Prayer series of short films. A cinematic version of Doherty’s Dance show of the same name. Exploring themes of struggle, hope and Belfast. 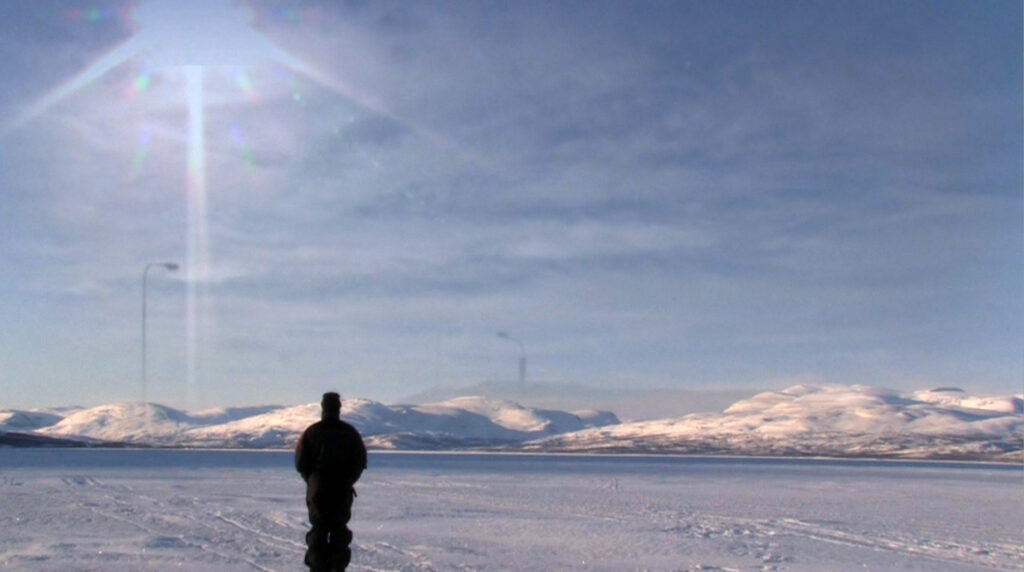 A man stands in for movement and meaning.

Made with funding from the Arts Council England, and with the support of SHOOT Dance for Screen Festival. 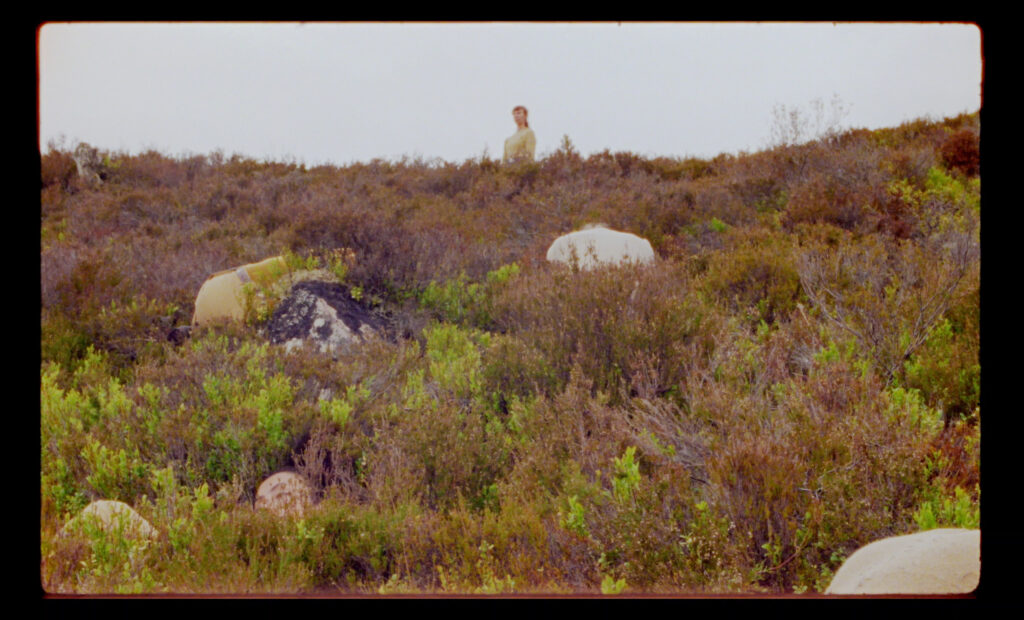 “No one knows the mountain completely who has not slept on it. As one slips over into sleep, the mind grows limpid; the body melts; perception alone remains.” Nan Shepherd

A filmic & choreographic response to Scottish poet and writer, Nan Shepherd’s ’The Living Mountain’. Unstable, S16mm images evoke the fallibility of perception and invite the viewer into a meditative, sensuous and poetic being with the Cairngorms’ mountainscape.

A short film produced by the National Theatre of Scotland and Scottish Sculpture Workshop.

Based on the book The Living Mountain by Nan Shepherd and performance project Into The Mountain by Simone Kenyon .

A film by Lucy Cash and Simone Kenyon with extracts from The Living Mountain read by Shirley Henderson.

Courtesy of the artist, the National Theatre of Scotland and Scottish Sculpture Workshop 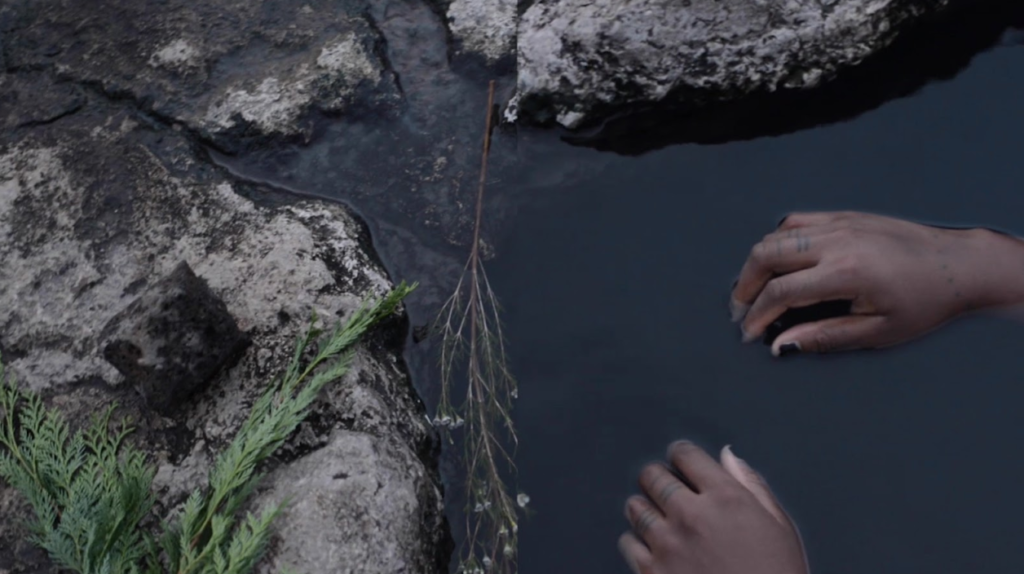 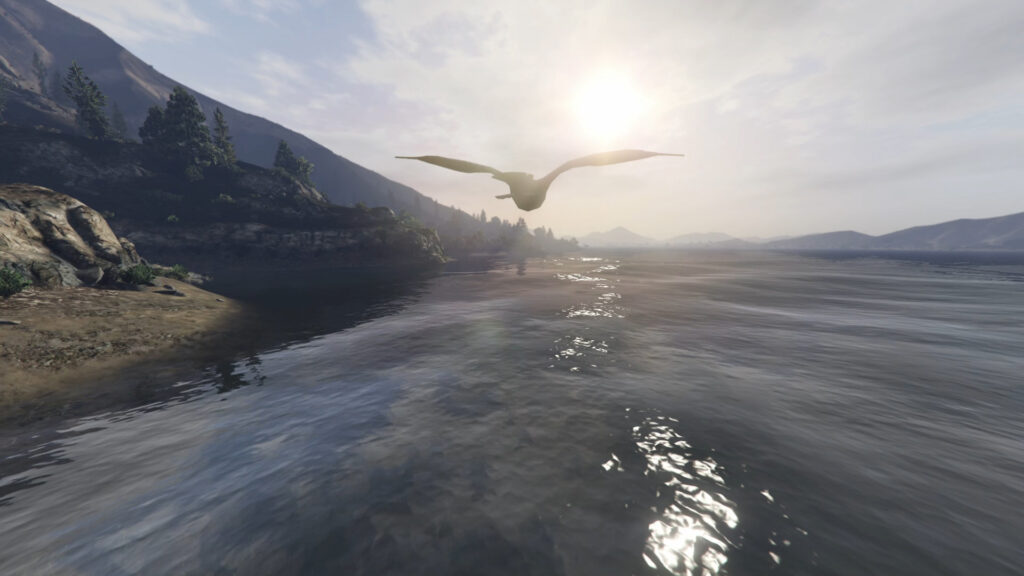 How to Fly begins with Blandy giving a step-by-step tutorial explaining how to make a short video about a specific subject, only using the tools available via a computer – through the Internet and video editing software to video games.

David Blandy (b. 1976, London) Lives and works in Brighton

Through his diverse practice, David Blandy (b.1976, London, UK) questions our relationship to the culture that surrounds us, reflecting on the imaginary spaces that form our identity. Delving deep into video gaming, genre fantasy and Internet culture, he is fascinated by each form’s potential for communality and finding new forms of kinship. David Blandy’s films are distributed through LUX and he is represented by Seventeen Gallery, London, UK.

Lucy Cash is an interdisciplinary artist and filmmaker whose work propels the familiar towards the poetic and the unexpected. Her work often involves social exchange and unconventional processes and her commissioned work has taken place in galleries; museums; libraries; housing estates; on water and in the air.  www.luminous-cloud.com

Simone Kenyon is an Edinburgh based artist and Feldenkrais practitioner. For the past 20 years she has worked with performance that embraces the complex interrelationships of movement, people and place. Her work approaches ideas of expanded choreographies that encompass dance, ecology, cultural geographies and walking arts for both urban and rural contexts. How The Earth Must See Itself (2019) is part of: www.intothemountain.co.uk

Oona Doherty (b. 1986, London) Lives in Bangor, Co Down and works across UK, Europe, US

Oona Doherty is a northern Irish artist working in dance, performance and film. Film Collaborations with Rubber Bandits, Divis, Girl Band, Jamie XX. Choreographies include Hope hunt & the ascension into Lazarus (2016), Hard to be Soft a Belfast prayer (2017), Lady Magma the birth of a cult (2019), Death of the hunter (2018).

Becky Edmunds (b. 1966, Birmingham) Lives and works in Shoreham by Sea

Becky Edmunds is a video artist and documentary maker with a background in dance practice. The choreographic concerns of the rhythm, pattern and dynamic flow of movement are at the centre of all her screen works. In recent years she has applied these concerns to a found footage practice. She is currently creating and releasing a found footage web series called To Be Continued. www.tobecontinued.online

Evan Ifekoya is an artist who through sound, text, video and performance places demands on existing systems and institutions of power, to recentre and prioritise the experience and voice of those previously marginalised. The practice considers art as a site where resources can be both redistributed and renegotiated, whilst challenging the implicit rules and hierarchies of public and social space. Through archival and sonic investigations, they speculate on blackness in abundance; the body of the ocean a watery embodied presence in the work. They established the collectively run and QTIBPOC (queer, trans*, intersex, black and people of colour) led Black Obsidian Sound System (B.O.S.S.) in 2018. In 2019, they won the Kleinwort Hambros Emerging Artists Prize and in 2017 the Arts Foundation award for Live Art sponsored by Yoma Sasberg Estate, and they have presented exhibitions, performances and screenings across Europe and internationally.

Andrew Kötting is an award-winning artist, filmmaker and Professor of Time-Based Media at UCA in Canterbury. He has made over a hundred short films, which have been awarded prizes at international film festivals before making his idiosyncratic first feature film Gallivant (1996) on which he was accompanied by his grandmother Gladys and daughter Eden.

Harold Offeh (b.1977, Accra, Ghana) Lives in Cambridge, works in London and Leeds

Harold Offeh is an artist working with performance, video and social arts practice. He has exhibited and performed widely in the UK and internationally. He lives in Cambridge and works in London and Leeds, where he is currently a Reader in Fine Art at Leeds Beckett University and a tutor in Contemporary Art Practice at the Royal College of Art. He was a recipient of the Paul Hamlyn award for artists in 2019.

Sally Potter is known for innovative form and risk-taking subject matter and has worked with many of the most notable cinema actors of our time. She made her first 8mm film aged fourteen. She has since written and directed eight feature films, as well as many short films (including THRILLER and PLAY) and a television series, and has directed for opera (CARMEN for the ENO in 2007) and other live work. Her background is in choreography, music, performance art and experimental film. ORLANDO (1992), Sally Potter’s bold adaptation of Virginia Woolf’s classic novel, first brought her work to a wider audience. It was followed by The Tango Lesson (1996), THE MAN WHO CRIED (2000), YES (2004), RAGE (2009) and GINGER & ROSA (2012), and THE PARTY (2017). Her latest film, THE ROADS NOT TAKEN, premiered at the Berlin Film Festival in 2020.